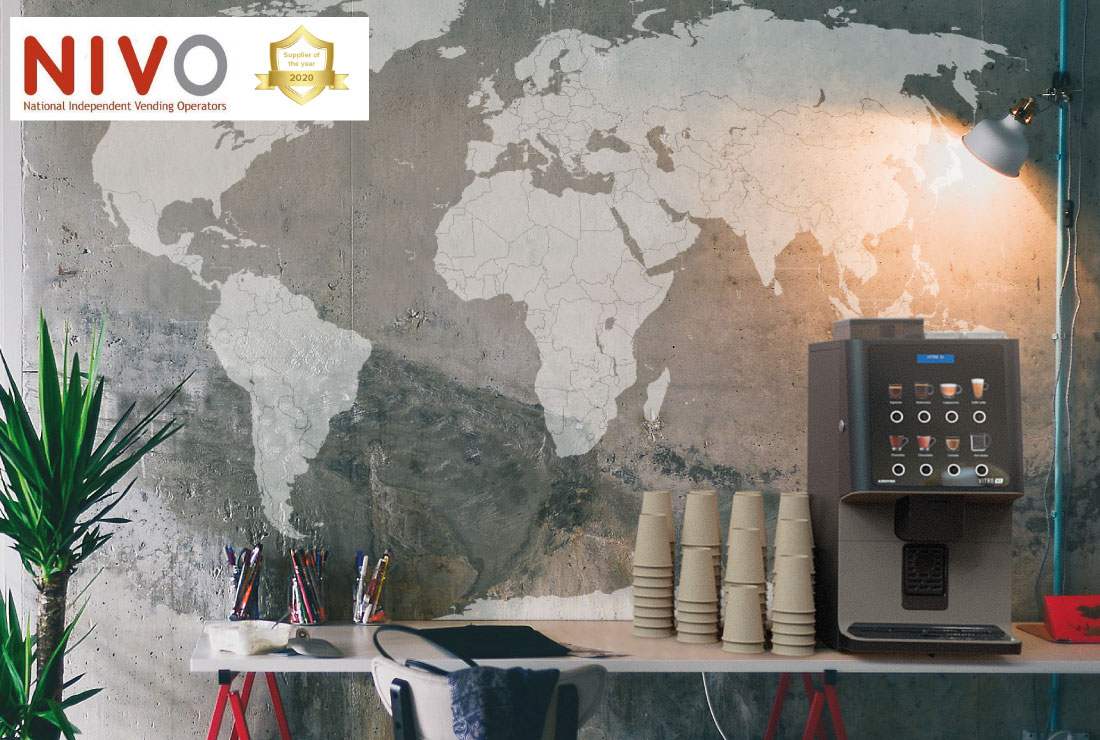 The Azkoyen Group, a leading Spanish technology multinational, which offers automated products and services designed to bring unique experiences to people in their daily lives, has received the NIVO Equipment Supplier (National Independent Vending Operators) award for the sixth time since 2013.

NIVO is one of the most important purchasing groups in the UK and this award recognises Coffetek, the Azkoyen trademark in Britain, as the best vending machine supplier of the year. Voting is carried out with the participation of more than 280 vending machine operators who are part of NIVO.

Juanje Alberdi, director of the Coffee & Vending Systems division, expressed his pride regarding this recognition: “The Azkoyen Group is very proud to have received this award for yet another year. It motivates us to keep working on helping to create unique consumer experiences with our coffee machines.
We have more than 75 years of experience developing technological innovations to adapt to the needs of our customers and end users. Examples include the patented Distance Selection technology, which is revolutionising the market by allowing drinks to be selected without touching the surface of the machine, and the recently patented MIA micro air injection technology, that prepares a perfect, silky and consistent froth for a wide range of coffees and fresh milk drinks.” 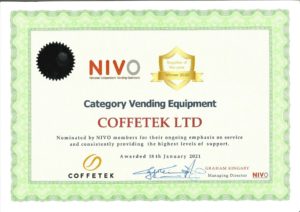 The UK, a great ally for the company

The company has a strong presence in the UK, which is the location of one of the Azkoyen Group’s eight worldwide head offices, as well as one of the group’s three coffee machine factories.

With these three awards, the Azkoyen Group continues its successful trajectory in the United Kingdom with its Coffetek brand. Technology has no borders and nor do people’s needs, which is why the Azkoyen Group is now present in 95 countries on five continents.

NIVO was founded in 1988 by like-minded entrepreneurs. It is a purchase group with over 280 operator members and over 90 supplier members, with the purpose of ensuring the best treatment possible for its members in the market. Regular meetings are held with all current members and future suppliers to analyse the performance of the business, organize the promotional material and seek innovation.